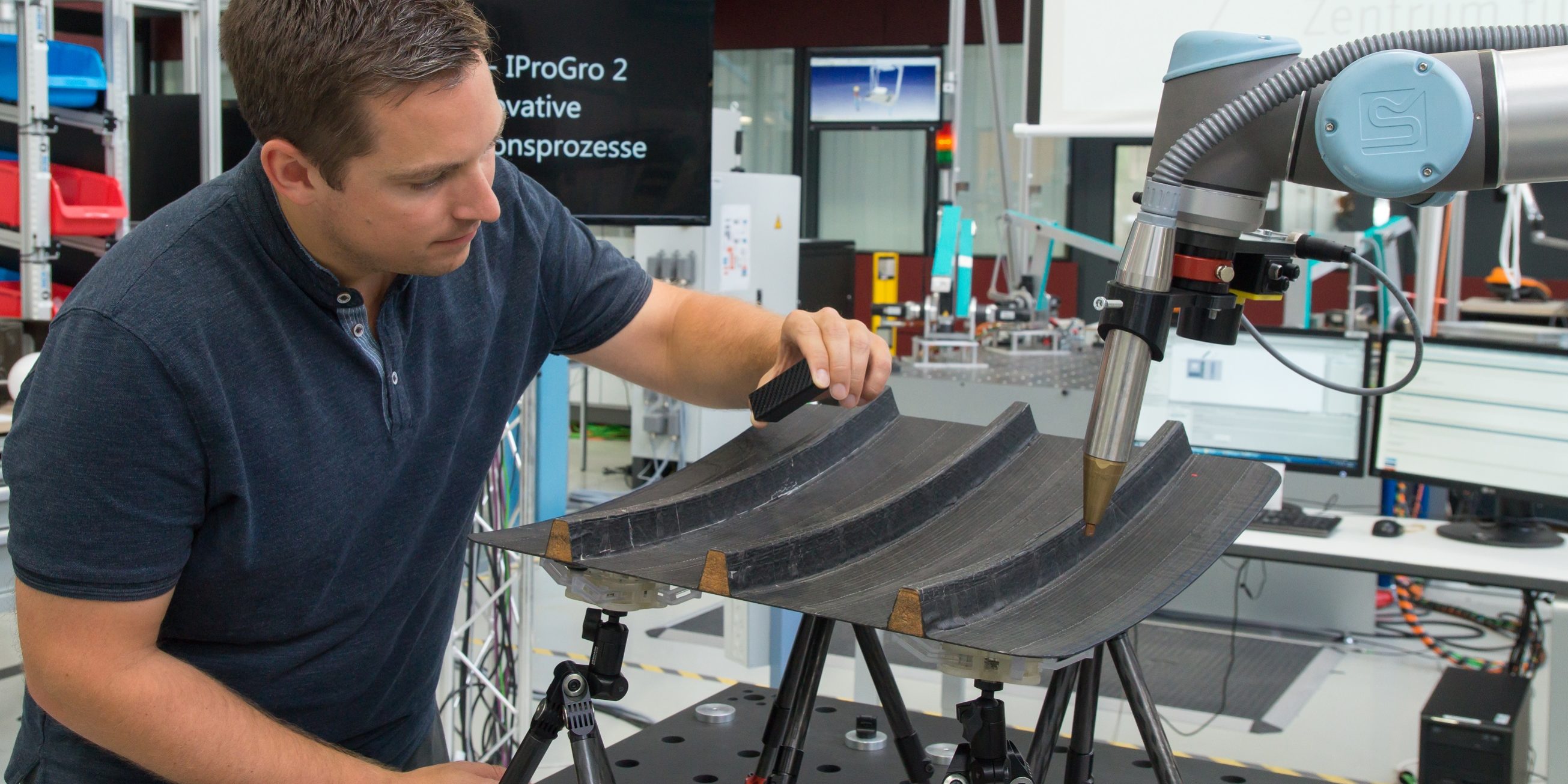 Companies in the transport sector, such as in aircraft construction, are characterized primarily by low quantitative output of production, as well as by long product lifecycles. Furthermore, a continuous development of production systems does not take place. As a result, a high number of staff are required for the assembling of products and production is being increasingly outsourced. In order to remain competitive, suppliers at Germany’s high-wage location have a concrete need to set up their own reconfigurable automated production facilities for large components.

IProGro2 aims to contribute to the continuous development of innovative and efficient cyber-physical, production technologies, as well as increasing the availability of a higher production output. It is through this development, that the technological leadership at Germany’s production and development site, through smart automation is to be promoted in the long term. This also entails maintaining, or rather increasing both the quality and productivity of industrial production, at a reasonable and competitive cost, for which the insights and knowledge gained through the IProGro project form a solid basis.

It was achieved in AP1 to make a robot capable in assisting a human in the surface activation of saturated fabric connected by means of plasma for adhesive preparation, whilst in AP2, the surveying of bonding via thermography was executed. AP3 focused on reworking the HRC gripper and developed improved control electronics. In addition, further variances were implemented. AP4 extended the stereoscopic calibration concept to other modules and a method for object identification was devised. In AP5 a product and process analysis was carried out, against the background of human- robot cooperation and a planning method was developed that takes into account the special requirements of MRK planning. AP6 integrated the above described research progress into the existing IPRoGro2 demonstrator.