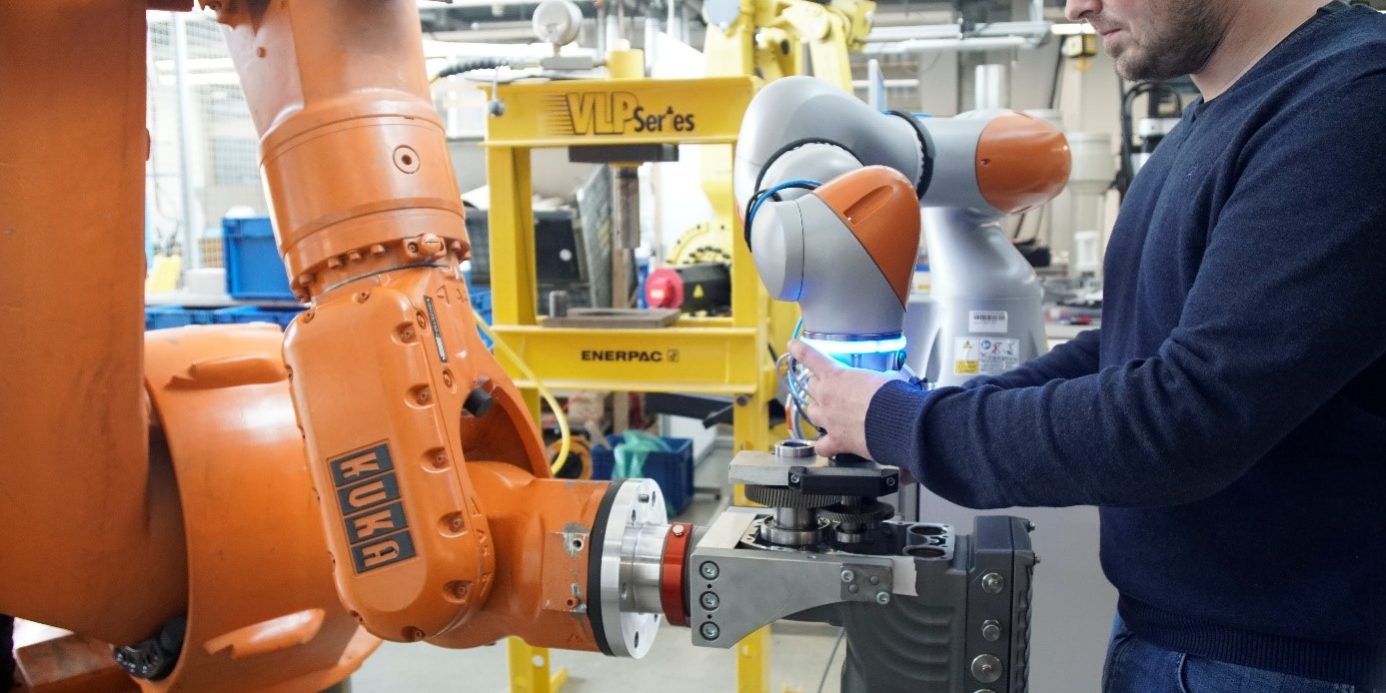 The Department of Robotics and Control of the Environmental Campus at Trier University of Applied Sciences is concerned with the development of environmentally friendly production and dismantling processes, including human-robot cooperation. Environmentally friendly production also means the inclusion of used, but reusable system components in industrial production. For example, the rotor of an electric motor, which can be equipped with rare earth materials, could be reused in a new motor at the end of its life.  This procedure is called “remanufacturing”. However, there are no generally applicable procedures for removing, refurbishing and testing these system components from the product. Therefore, these valuable components are often disposed of more often than not. The remanufacturing of used system components requires technical aids, the development of which is being worked on in research projects on the environmental campus. Due to the complexity of the task, human cooperation with a robot is sought. Methods for product and process modelling are developed to enable a flexible division of labour of the necessary dismantling steps between robot and human being. Demonstrators with collaborative robot systems will be set up to validate the processes.

By combining the hardware and software used, the robot demonstrator with the lightweight robot Kuka IIWA is able to generate automated dismantling processes and, based on these, to dismantle the product. The human-robot collaboration has already been exemplarily carried out for a geared motor containing components up to 14 kg in weight.  The development and research results developed in this demonstrator allow the implementation of non-destructive dismantling within the framework of remanufacturing, which results in considerable ecological and economic savings potential. The Kuka IIWA robot was equipped with a special software system for this purpose. Furthermore, a gripper changing system was developed, which enables e.g. unscrewing, loosening of gear shafts or pressing out of bearings.