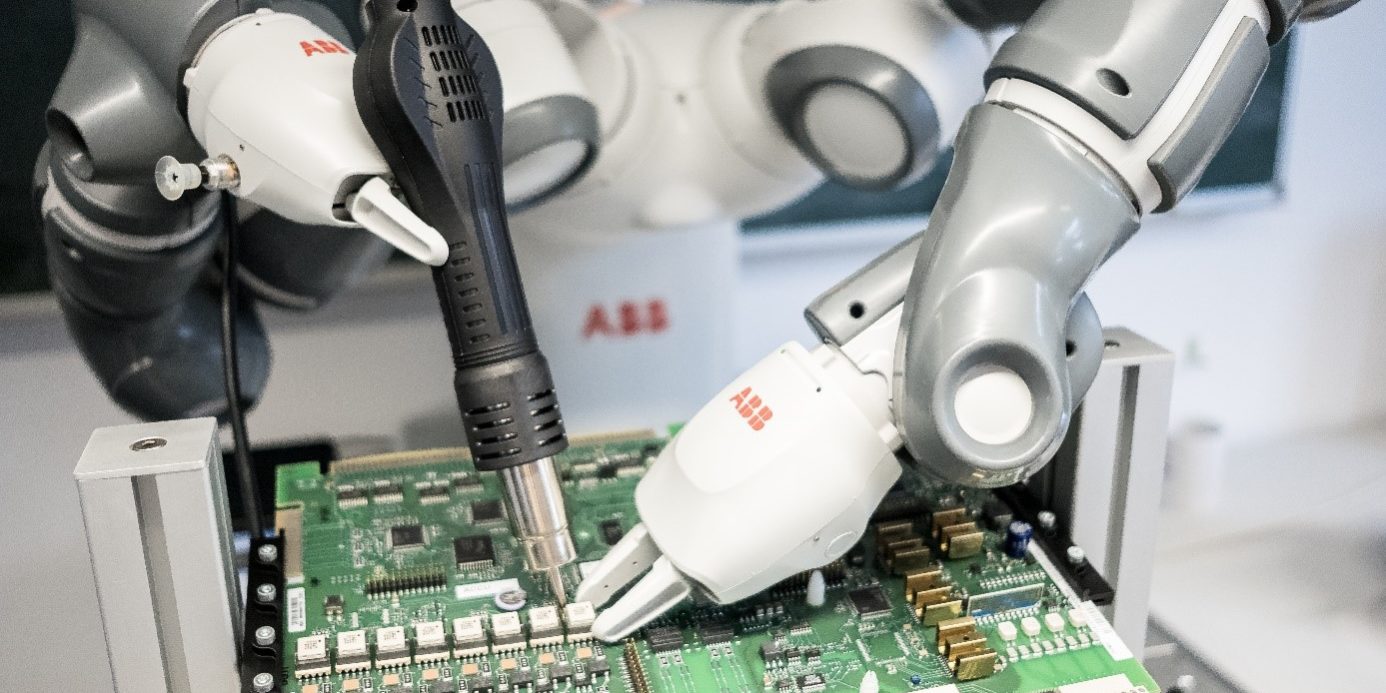 The Department of Robotics and Control of the Environmental Campus at Trier University of Applied Sciences is concerned with the development of environmentally friendly production and dismantling processes, including human-robot cooperation. Environmentally friendly production also means the inclusion of used, but reusable system components in industrial production. For example, the rotor of an electric motor, which can be equipped with rare earth materials, could be reused in a new motor at the end of its life. This procedure is called “remanufacturing”. However, there are no generally applicable procedures for removing, refurbishing and testing these system components from the product. Therefore, these valuable components are disposed of more often than not. The remanufacturing of used system components requires technical aids, the development of which is being worked on in research projects on the environmental campus. Due to the complexity of the task, human cooperation with a robot is sought. Methods for product and process modelling are developed to enable a flexible division of labour of the necessary dismantling steps between robot and human being. Demonstrators with collaborative robot systems will be set up to validate the processes.
The robot demonstrator with the two-armed ABB YuMi robot can automatically desolder and remove electronic components from a printed circuit board by combining the hardware and software used. The two robot arms of the demonstrator enable it to guide a desoldering tool with one arm and tools for the subsequent removal of the components with the other arm. The desoldering and removal of electrical components is to be carried out using power electronics components as an example. The development and research results developed in this demonstrator allow the implementation of an efficient and automated removal of electronic components, resulting in considerable ecological and economic saving potentials. For this purpose, the ABB YuMi robot was equipped with special tools for desoldering and removing the components. In addition, the demonstrator was equipped with special image recognition software, which makes it possible to identify and locate the components to be desoldered.