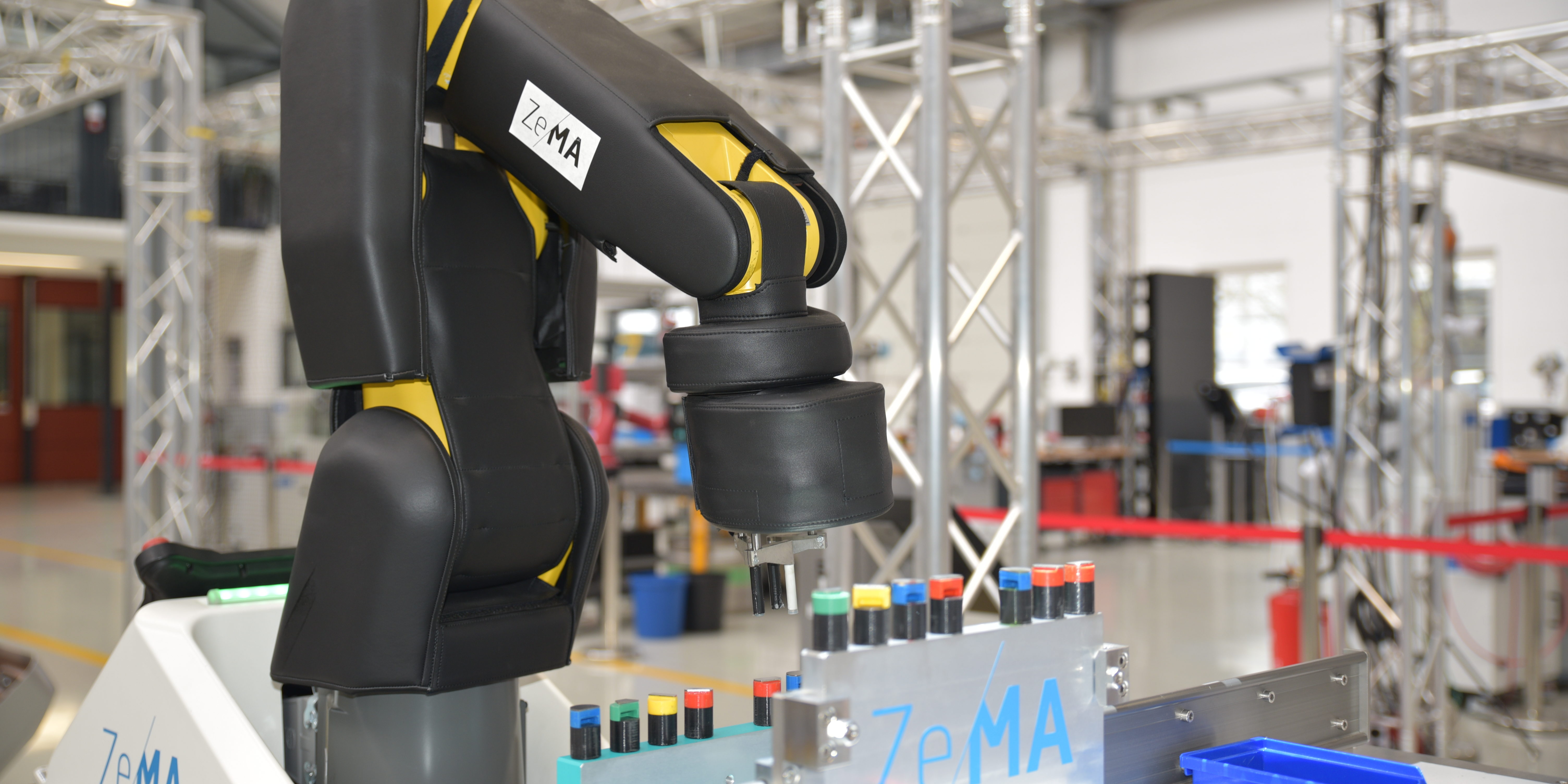 ZeMA supports Woll Sondermaschinenbau in the development of new competences in the field of Human-Robot-Cooperation (HRC). The Saarland-based company Woll Sondermaschinenbau manufactures and supplies special machines, assembly lines and production plants worldwide. Woll is a plant supplier offering tailor-made innovative solutions for industry and has set itself the goal of opening up a new market – the market for Human-Robot-Cooperation. In order to achieve this goal, the company has built up its expertise in the field of HRC with the help of the Robotix-Academy.

The Robotix Academy has significantly reduced the market entry risk. At the location in Saarbrücken, the company Woll was able to inform itself in advance about the various systems and to select the system suitable for them.

Together with the Robotix-Academy, Woll succeeded in building and exhibiting the first prototype of an HRC station. The expensive robot system was provided by the Robotix-Academy. For the implementation of the prototype, the most modern technology was used. The latest robot technologies and human-machine interfaces were used. In addition to using the APAS robot, innovative operating interfaces were also implemented. The robot is not programmed classically, but the process is demonstrated by the operator with the help of a component sample. The operator no longer needs to know a robot programming language. The sensors of the robot system can recognize the design of the component pattern and derive a robot program from it. The operation has also been completely revised. With simple gestures, new product variants can be taught in and processes can be started or stopped. The demonstrator was a complete success at the trade fair.