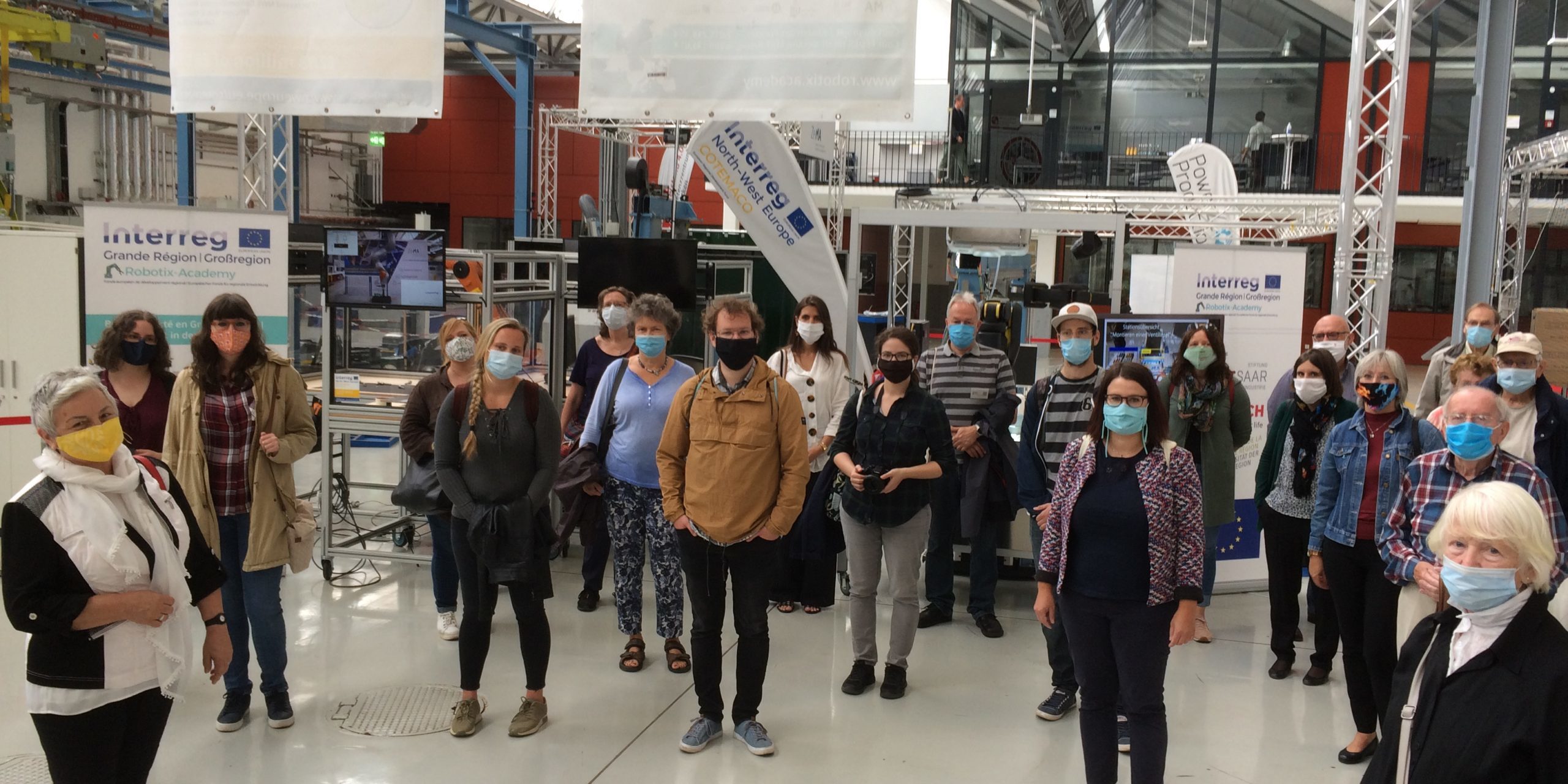 On August 26th 2020, ZeMA welcomed a group of thirty visitors as part of an Interreg tour to present its two current Interreg projects COTEMACO and Robotix Academy.

Onsite, visitors were divided into groups according to the current COVID-19 hygiene rules and each group received a short introduction to the two Interreg projects COTEMACO and Robotix Academy, as well as a technology tour through the demonstration landscape at ZeMA.

Dipl.-Ing. Christoph Speicher, research associate and group leader of Human-Technology Interaction, explained the objectives of the two projects to the visitors: While the Robotix-Academy aims to establish a permanent research cluster for industrial robotics in the Greater Region, the COTEMACO project focuses on technology transfer in the manufacturing industry in North-West Europe.

Ali Kanso (M.Sc.), Project Manager Robotix-Academy, and his colleague Attique Baschir (M.Sc.) guided the visitors through the demonstrator landscape at ZeMA and presented the current human-robot-capable systems and assembly processes. The visitors showed great interest in the new technologies and their possible applications in modern manufacturing processes.

After the visit at ZeMA, other Interreg projects were on the agenda, such as the “Kreavert” project in Saarbrücken and the “GReENEFF” project in Saarlouis, which deals with landscape planning and energy efficiency. On their day tour, visitors could see one project from each of the areas of research, environment and energy, after the morning was devoted to culture and education (projects Bi-Bus – cross-border book bus and “Digitale Steine- ArtWalk in Saarbrücken).

COBOTS: Useful resources for SMEs on the implementation of collaborative robots
25. March 2022