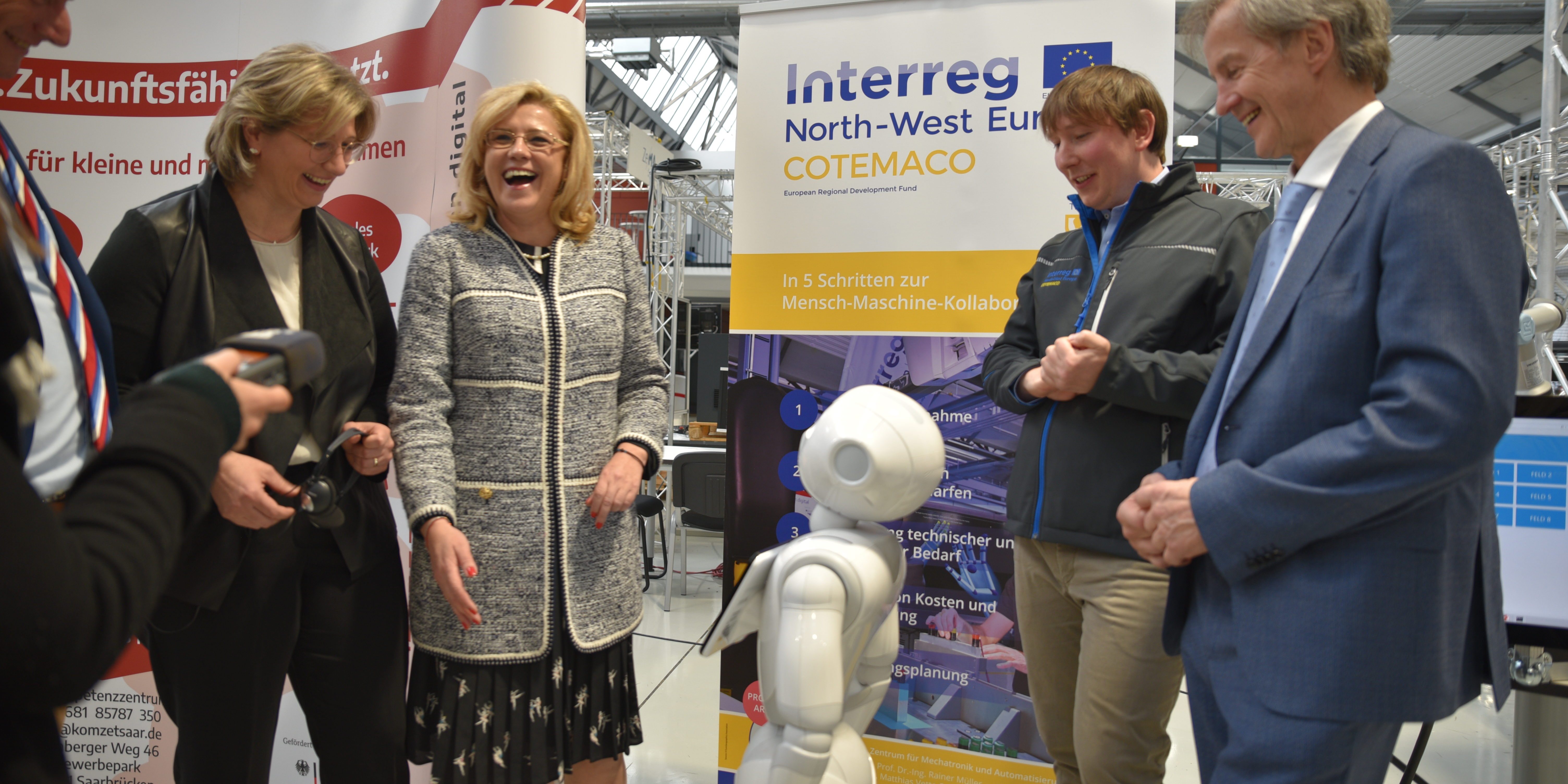 On Tuesday April 16, Corina Crețu, the EU Commissioner for Regional Policy, visited Saarland after an invite from Saarland Minister for Economic Affairs and Deputy Prime Minister, Anke Rehlinger. The Minister had invited the Romanian Commissioner to talk to her about the current ERDF funding period and the priorities and funding opportunities of the forthcoming ERDF programme.

“The European Regional Development Fund (ERDF) is an important instrument, particularly for Saarland as the most European of all the federal states, for shaping structural change in the region and strengthening the competitiveness of our economy.”, said the Minister. Saarland is thus supporting the EU’s current cohesion policy, which defines the competitiveness of regional SMEs as a separate political objective. According to the Minister, individual regions must have the opportunity to align ERDF assistance with typical regional strengths and weaknesses.

EU Commissioner Crețu pointed out that a large number of important projects have already been implemented in Saarland with the help of ERDF funds, including the establishment and support of prestigious research institutions. “I am confident”, continued Crețu, “that Saarland will be able to continue numerous proven funding measures and develop and implement new ideas and projects”.

Following the political dialogue, Rehlinger and Crețu visited ZeMA, one of the lighthouse projects of European regional development and COTEMACO partner organisation, accompanied by the former Saarland Minister for Environment and current Member of the European Parliament Jo Leinen. Here they were welcomed by the commercial managing director Andreas Noss and Dr. Matthias Vette Steinkamp, group leader of robotics and human technology interaction. Together they went on a tour through the demonstrator landscape of the new ZeMA hall, the extension and initial equipment, which was supported by the Saarland ERDF programme.

During the tour, Dr. Vette-Steinkamp was able to present further projects financed by the Interreg programme, including COTEMACO.

Commissioner Crețu was visibly impressed and remains optimistic that the European Commission will set the objectives for the ERDF in the coming funding period 2021-2027 broadly so that research projects such as those at ZeMA can also be realised in the future.

COBOTS: Useful resources for SMEs on the implementation of collaborative robots
25. March 2022