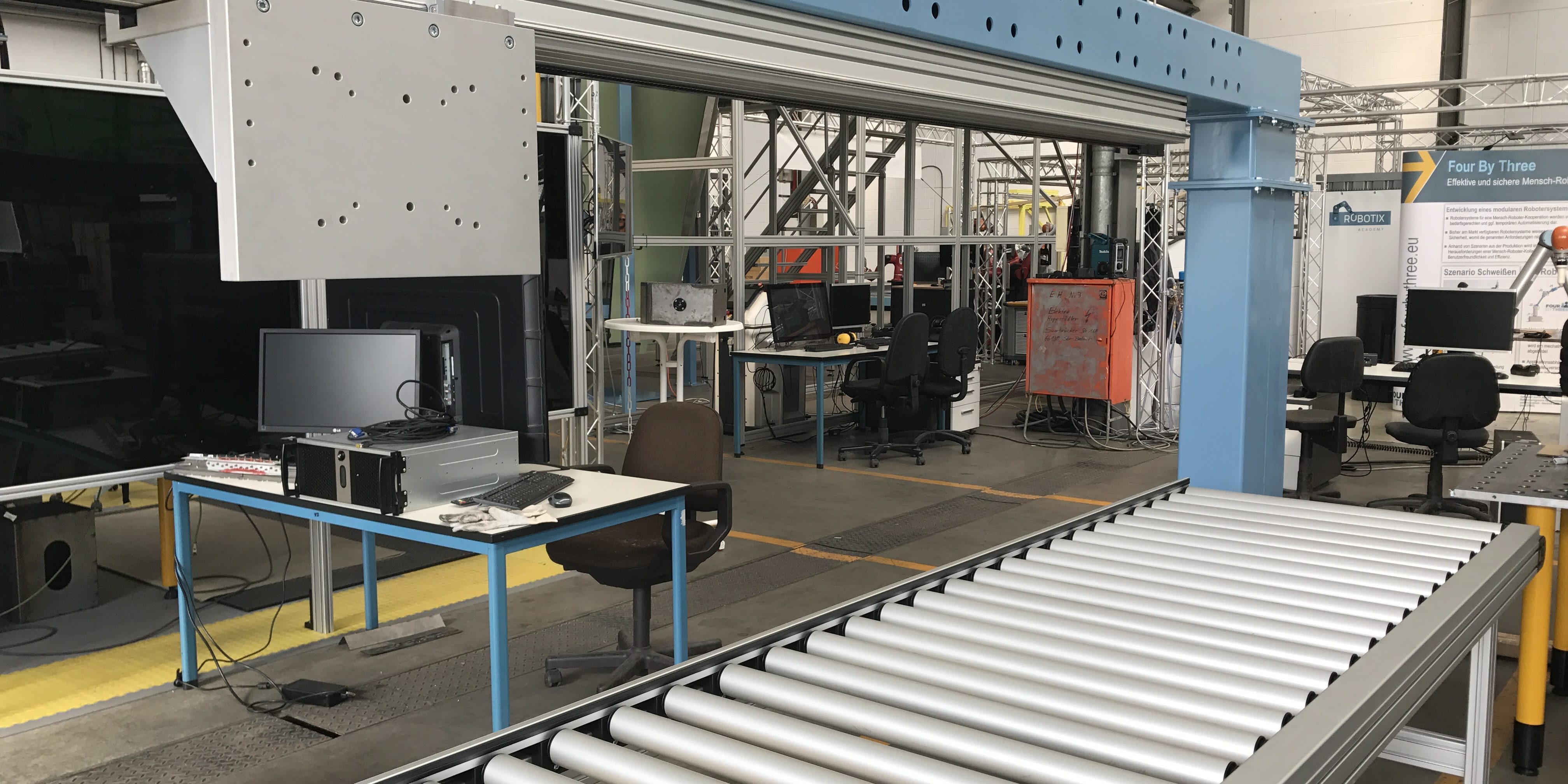 A central focus in the research area Human-Robot-Cooperation (HRC) is the mobility of robot systems. The mobility of an MRK-capable robot system means the rapid expansion of the robot workspace as well as the rapid setup of such systems. The systems currently available on the market have specific disadvantages with regard to these aspects. This is particularly true for linear axis systems, which are also usually heavily oversized and associated with high acquisition costs.

As part of the Robotix Academy, ZeMA wants to set up an HRC robot with a 7th axis that meets the criteria of rapid sequential expansion of the robot workspace and simple restart of the system by using additional sensors. The development environment consists of a roller conveyor, a linear axis equipped with an HRC-capable robot, which is mounted at the front, and an external control unit. For different application scenarios, an adapted HRC-capable tool is developed for the robot.

By the end of 2017, the roller conveyor, linear axis and the robot has been implentented in the control unit. The safety for collaborating robots is then to be validated with the aid of the Machinery Directive and the relevant standards. Part of this validation is the measurement of pressure and collision forces between humans and robots.